A new CCD detector for the SLAC National Accelerator Laboratory was developed by the MPG HLL. The 3D design simulation for the device was carried out in cooperation with the Weierstraß-Institut. The surprising result of the simulation was that the CCD was able to store millions of electrons in one pixel instead of the expected few hundred thousands.

The numerical simulation covered all operational states of the device:

During the shifting any charge losses are forbidden. The electrons are counted before and after shifting them to the neighboring pixel and the precision is set such that relative losses of less then 10-6 still can be quantified, that is less than one electron lost from one million stored.

In the first part of the video, gray is the vertical cut (high density to the left) and yellow is an isosurface of the moving electrons controlled by the boundary conditions which are seen directly in the gray vertical cut on the top. The second part shows the electrostatic potential for the same sequence of operations. The third part shows the electrostatic potential beneath the surface and an isosurface in the shift plane. The electrons are moving from the storage pockets in a vertical channel to the shift plane. 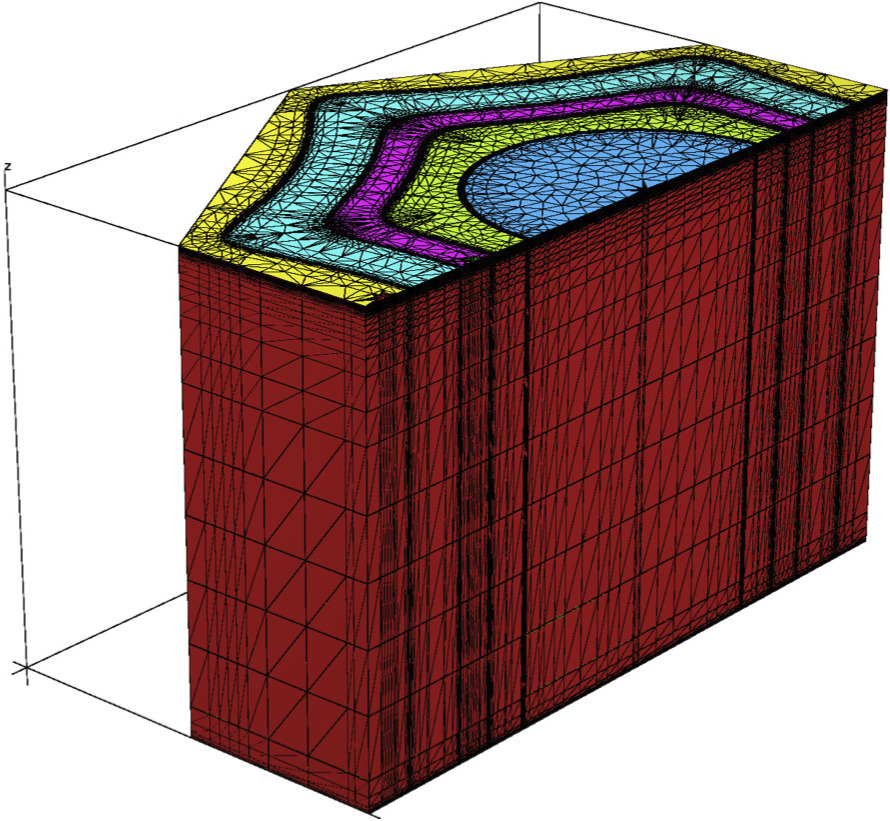 XFEL: adaptive mesh of a half-pixel

The XFEL detector is a DePFET detector-amplifier for the European XFEL with strongly non-linear characteristics. The challenge for the detector was the requirement to provide images of 1 Megapixel with the readout frequency of up to 5 MHz (5,000,000 images per second) [1].

The numerical simulation was carried out in collaboration of the MPG HLL with the Weierstraß-Institut.

The videos below show the Shockley-Read-Hall recombination of charge particles in the hexagonal detector pixel which is a good indicator for the position of the depletion front. At the end of the video the so-called punch-through starts and the charge carriers are flowing directly from the bottom to the top of the cell due to the high voltage.


XFEL: Shockley-Read-Hall recombination as an indicator of the depletion front position 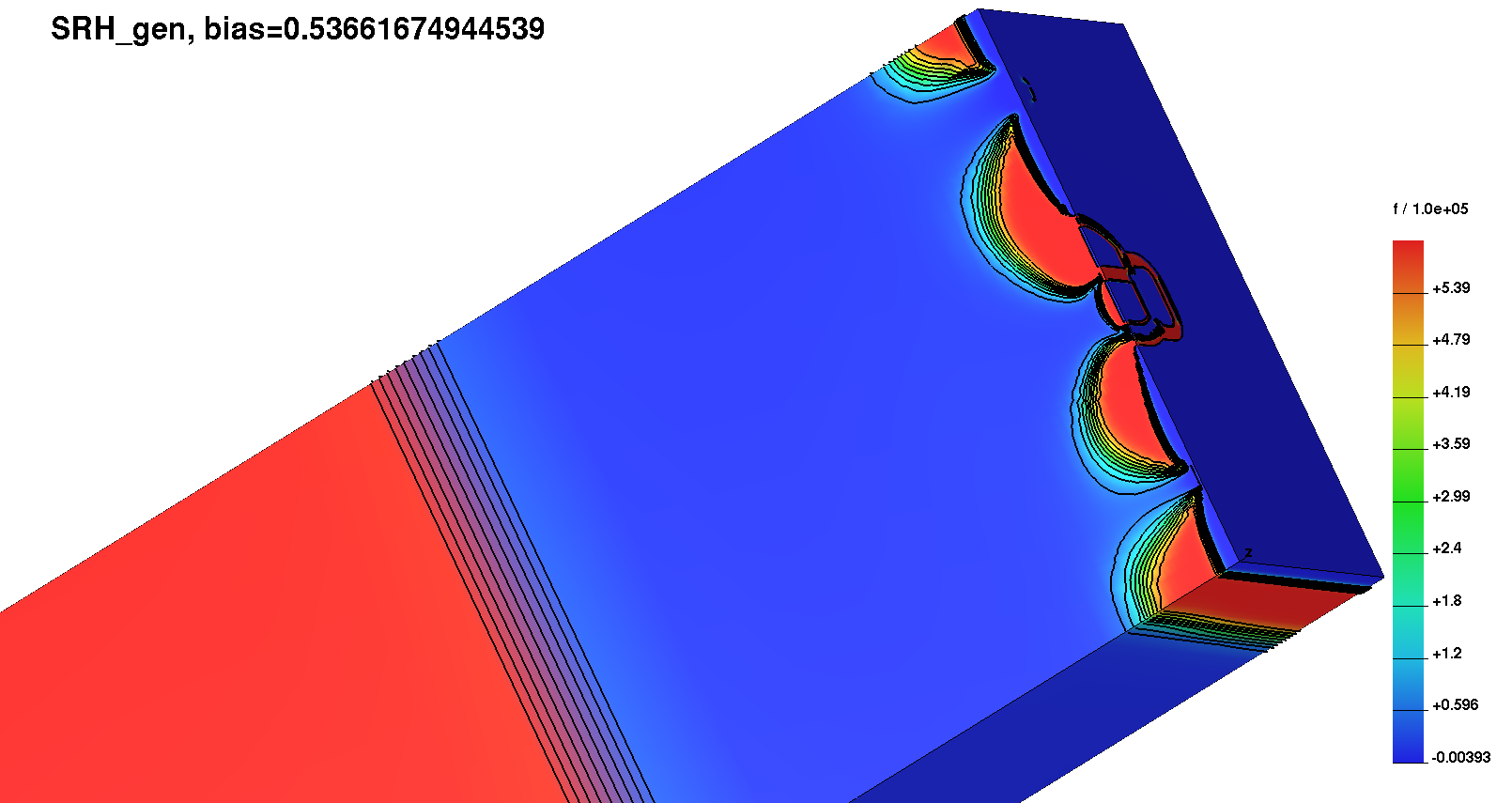 WFI: propagation of the depletion front

Athena Wide Field Imager (WFI) is a solid-state imaging spectrometer for X-ray images in the 0.1–15 keV energy band with the simultaneous spectrally and time-resolved photon detection. It was developed by a collaboration of the Halbleiterlabor of the Max-Planck-Society (HLL MPG), Erlangen Centre for Astroparticle Physics, the Institute for Astronomy and Astrophysics Tübingen, the Dresden University of Technology, PNSensor GmbH, the University of Leicester, and the L’Institut de Recherche en Astrophysique et Planétologie Toulouse.

The numerical simulation was carried out in collaboration of the MPG HLL with the Weierstraß-Institut. It was essential for the discrete system to preserve essential properties of the analytical system, such as the maximum principle, positivity of the carrier concentrations, and current conservation. Oskar allows to carry over this properties to the discretized equations. Numerical computations are done with the well-known Scharfetter–Gummel scheme. The video shows the simulation of the depletion front propagation in a pixel of the sensor. Because of the symmetry of the domain the computation is carried out on one half a pixel.

The simulator Oskar was also successfully used in cooperation with the Institute of Applied Photophysics (IAPP) of the Dresden University of Technology to gain a deeper understanding of the mode of operation and major limitations of doped organic semiconductors such as organic light emitting diodes (OLEDs), permeable base transistors (OPBTs) [1] and vertical organic field effect transistors (VOFETs).